In this guide I show you how to write Facebook business posts that convert. I’ve used this to massively increase ROI by 400%.

So if you’re wondering why your Facebook  business posts do not convert into shares, traffic, sales, sign-ups,  or to get more Facebook page likes, you’re about to learn everything you need to know.

But first, time for a reality check.

Here’s Why You’re Getting No Conversions Writing Facebook Business

A couple months ago I was discussing Facebook business posts with a client who I was helping with some realtor digital marketing.

They knew they wanted to generated leads using Facebook. They just weren’t sure how.

They wanted to increase Facebook engagement rate but didn’t know how.

I said: “It’s because you’re not showing any personality, and the way you’re writing Facebook posts is all business, no games.”

Listen: To Write Facebook Business Posts That Convert, Stop Being Too Serious

You want to write Facebook posts for business to convert so you ultimately get more sales.

But you wont get anywhere by being business-y and serious.

The reason why is this: Facebook is a massively limited platform.

The simple fact of the matter is that social media is not a “One size fits all” solution to your marketing needs.

They go to Facebook for fun, friends, and entertainment.

And no one has succeeded in changing this. not even Buzzfeed.

With more than 5 million Facebook LIKEs and 2.4 million Twitter followers, Buzzfeed is one of the most successful blogs in the world.

Buzzfeed became so popular because they posts stupid funny articles and cute pictures of cats.

Then, about a year ago, Buzzfeed CEO Jonah Paretti decided he wanted to start creating more serious content about politics and other issues more socially important than cats in hats.

So Buzzfeed started to put out longer articles about more serious subjects. But they soon learned that those political articles received nowhere near as many hits as the cats.

This was the master of writing Facebook posts (Buzzfeed) trying something serious. And it failed.

Personality quizzes that don’t make any sense? Sure, they’ll share that. Random cat images? Sure, those will go viral easily. Some rubbish about whether a dress is gold or blue? That’ll blow up Facebook. But a serious article that takes an intellectual look at an important subject? Not likely to go anywhere.

The reason for this is simple:

We, as writers, wish they did. We wish we could put out an intellectually stimulating article about the ethics of capitalism. But such an article is very, very unlikely to receive many shares. Because it’s just too darned serious.

When writing Facebook posts for business, make it conversational

That’s a problem, because most people do not feel comfortable talking about serious subjects in front of a crowd, which is precisely what they’re doing on Facebook.

When writing Facebook posts for business, imagine standing up in front of a big crowd of everyone you know and saying your post out loud.

Would you be comfortable with that? No. You might feel comfortable talking politics with your political friends and talking about family with people close to you, but speaking about a serious subject to everyone you know? You wouldn’t do it.

Now of course, on Facebook you can segment your audience. But no one does that when they’re just using Facebook casually and not for business.

If you want to gain conversions from Facebook business posts, dumb it down.

Yes, even if you’re talking about something serious or technical.

People are so adverse to sharing serious articles that even a technical article on a fun subject probably will not be shared.

I’ll give a great example of this: Video games.

I’ve worked as a games journalist on the side for ten years now. I’ve written many gaming articles for both print and online.  And I know one thing without doubt: They are immensely different beasts.

You have to write different articles for magazines and newspapers than you do for your blog.

This is something most magazines have yet to grasp. Even the very best gaming magazines struggle to achieve high numbers of social followers. GamesTM, an absolutely top-notch magazine, has just 3.5k Facebook LIKES and 15k Twitter followers (not much when you consider Grumpy Cat has 8 million followers). EDGE has around 35k. Even the larger websites like Polygon only have half a million, and that’s after a decade of non-stop effort. Meanwhile, there are several very “silly” Facebook gaming pages that have millions of followers.

So here’s the deal: When writing business posts, make it fun and dumb

You have to write different content for social media than you do for mags and newspapers.

Incidentally, the same thing is true for videos as it is for articles.

You can post a video of a cat falling in the pond and a million people will see it overnight. Post a video that (for instance) takes a scientific look at the anatomy of that cat and you’re likely to not receive any shares at all.

What you’re ultimately left with is the fact that social media simply can’t handle serious subjects.

And that is not surprising.

When you read a book, mag, or newspaper, you read it privately. People don’t know what you’re looking at, so you feel free to explore those pages however you like. You can read that medical article about skin infections because no one knows you’re reading it. It’s a totally different kettle of fish when you ask someone to share an article with every one of their friends.

And that really is the crux of the matter: You’re asking people to share articles with everyone of their friends. And in fact, it’s not just their friends, it’s their co-workers, family, random people who happened to send them friend requests…

When writing business posts, make it easy to share, and keep the serious stuff for later

If you want to succeed in social media you have to be aware of the fact that you are, essentially, asking your readers to share what they’re reading with everyone they know.

And other people will judge people on what they share.

Imagine if your 18 year old male friend shared an article about knitting for grannies. You’d wonder what the heck was up with them. And sure, it might be the best damned granny-knitting article ever, but does that matter, really?

People are highly sensitive to the ways other people perceive them. If they think there’s any chance that by sharing your article they’ll look bad, they won’t do it.

But you can be smart here.

You can intentionally create your article in such a way that it will make the reader look good when they share it with their friends.

When writing business posts, make it say something positive about the person sharing it

Every time you write a Facebook post for business, make it say something positive about the person sharing it.

For instance. Consider the difference between these two article headlines:

These two articles can cover pretty much the exact same ground. But one of them will receive tons of shares and the other won’t receive any.

Of course the one that will get the shares is headline 2. And the reason is because it makes the reader look good.

That’s why you should always write positively when you’re writing headlines, because you’ll get more shares on Facebook and other social media networks.

Take a look at those two headlines above again.

In headline 1 they’re someone suffering from depression. That’s not something you want to broadcast to everyone you know.

Which would you be more likely to share? Headline 2, right?

What really matters here is what the article says about the reader.

When you’re asking somebody to share your articles, you need to know:

2) what it says about them.

When you bear these two things in mind you’re far more likely to receive lots of shares. Because ultimately, people want to share articles that make them look good.

If you’re writing about video games, don’t say “How to stop being addicted to games” say “How I made gaming a healthy part of a social lifestyle”

And if you’re wondering how your Facebook business posts lead to conversions, that comes later.

Facebook is for exposure first. Gain popularity on Facebook. Create interest. Make people visit your blog. Capture and convert them there. 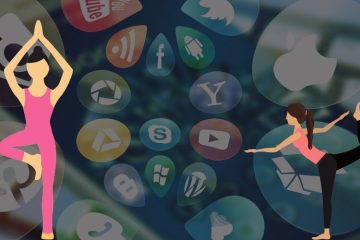 There are many benefits of social media marketing for yoga studios, spiritual entrepreneurs, and meditation teachers. Social Media Marketing can help you to increase brand awareness, boost conversions, and generate leads. But you need to Read more… 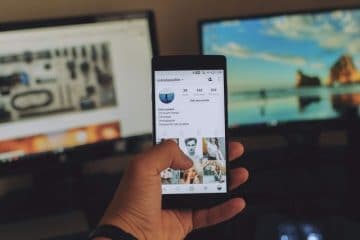 There are so many reasons to start using social media as author. Your book will need a helping hand in terms of marketing. Social media is that helping hand. Do everything you can to make Read more… 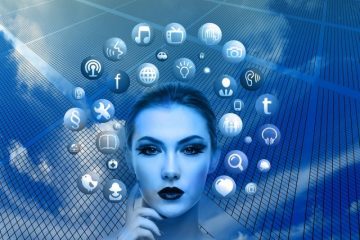